This summer is for the single dads. Being a single parent is hard, and means a lot of juggling responsiblitiies between work, house duties, taking care of the kids, and just trying to be a person. It's a lot to balance. So where does a single dad meet someone? Some cities are better than others.

The list included 200 American cities, and here are some of the findings

Suburbs are affordable and a good choice for parents. But these suburbs rank best for single dads due to affordability and academics. Napervill, Illinois (#1), Frisco, Texas (#6), and Irvine, California (#10).

The South and midwest ranked highest for affordability of childcare. Nearly all of the top 50 cities for affordable child care are located in those 2 regions. This is on trend with the cost of living, and East and West coasts being more expensive areas to live than the South and Midwest, with California ranking on the most expensive states to live in.

So where is the top city for affordable child care? Sioux Falls, South Dakota. For those wanting to be outside the South and Midwest, look towards Salt Lake City, Utah (#39), Scottsdale, Arizona (#44), and Buffalo, New York (#48)

It work, and life balance, Texas came in last. Outside of these 3 cities, Frisco (#6), McKinney (#11), Plano (#12), - Texas made up seven of the bottom 10 cities in the work-life balance category. Men this Texas also work some of the longest hours in the country. There are also no state legal protections for working dads, no paid leave, wage replacement, sick leave for child care, or time off for school events

See the full list of 200 cities, and check the chart HERE 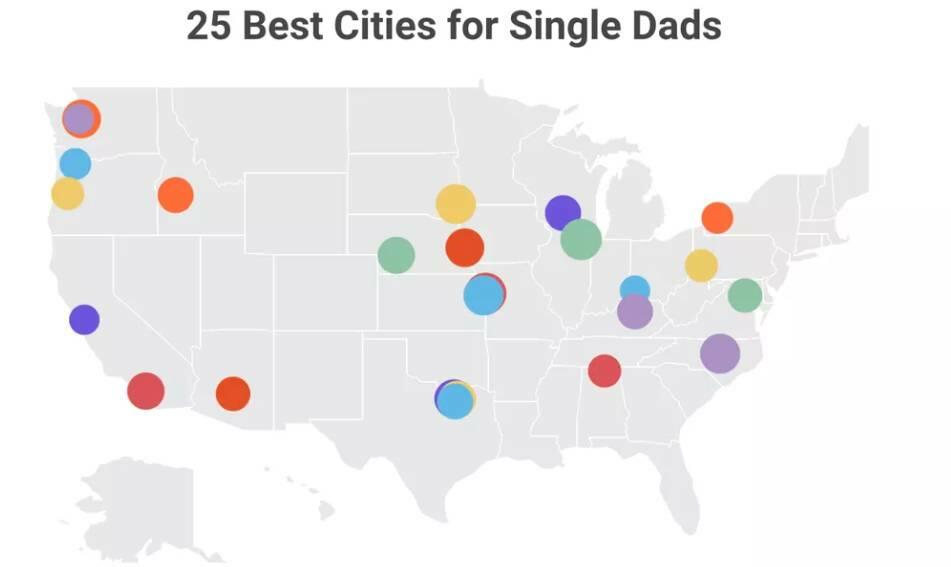